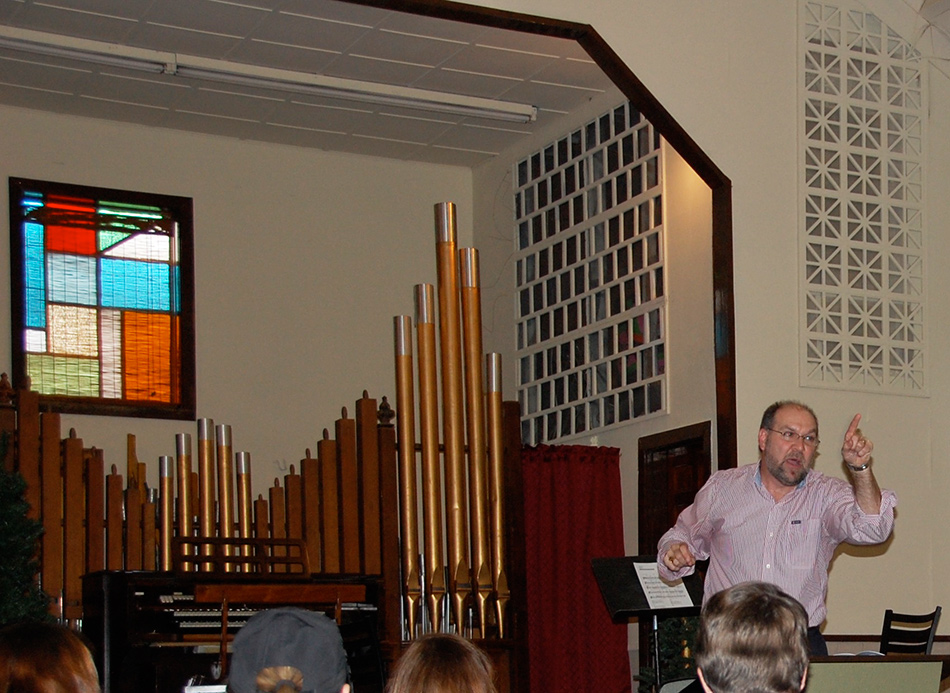 The world premiere of a hymn written by Bevill State Music Instructor Dr. John Stallsmith debuted as part of the Bethlehem Music Series in Minneapolis on Oct. 11.  Dr. Stallsmith won a national hymn-writing contest earlier this year, which led to his composition being premiered at the event.

Dr. Stallsmith, who has been playing the organ since the age of nine, saw the contest listed in the organ journal The Diapason, and decided he would take on the challenge of entering his first hymn-writing contest. The theme set out by the contest was “Let All the World Rejoice” and was also the title of the piece he submitted. Sixty-one hymns were entered but Stallsmith’s was picked as the overall winner.  His winning hymn will be played at the Let All the World Rejoice Hymn Festival by Aaron David Miller, a renowned organ improviser and performer. In addition, Stallsmith will receive a $500 cash prize.

The contest specified that existing words could be used for the hymn but the music must be original, not previously performed, not published, and must be suited for festival worship. Both the music and words used in Stallsmith’s hymn were original.

“Unfortunately, I can’t fly up to Minnesota for the debut of my hymn, but they will record the performance for me,” Stallsmith said. He also said he plans on debuting it locally at a later date at the First Methodist Church of Jasper, where he is the organist.